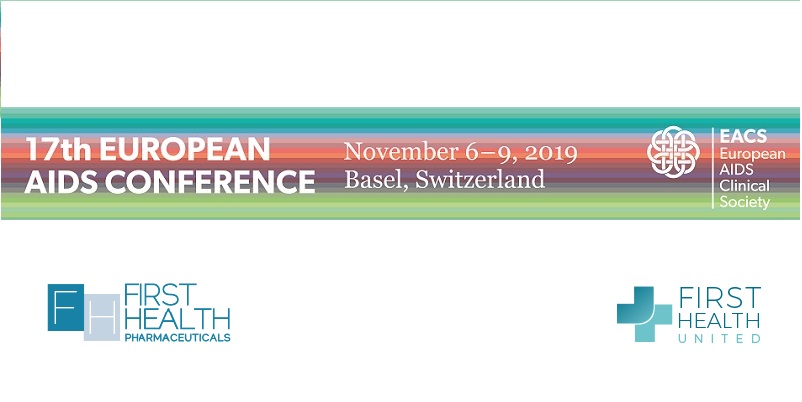 During the 17th European AIDS Conference in Basel, Switzerland, the biotech company First Health Pharmaceuticals of Amsterdam, The Netherlands, announced that the world’s first ever HIV Translation Inhibitor will proceed into clinical development.

“First Health Pharmaceuticals is pleased to announce our progress in the research and development of our drug candidate. We are fully dedicated to the development of what we believe to be not only a ground-breaking therapeutic but a potential component of an eradication cure. We intend to work hand in hand with our Foundation, First Health United, to ensure this drug will be accessible to key populations in resource challenged settings,” stated Jan Willem Bakker, Managing Director of First Health Pharmaceuticals.

The compound is a third generation first-in-class DDX3 RNA Helicase Inhibitor with highly improved “nanomolar” activity and excellent in-vivo safety and delivery characteristics. Complementing data published in the Proceedings of the National Academy of Science Journal (PNAS) in May 2016, the DDX3 RNA Helicase inhibitor demonstrates activity against all ART resistant HIV strains and is not subject to viral resistance development.

The World Health Organization (WHO) has declared that HIV drug resistance is growing at an alarming rate. Over the past four years, countries in Africa, Asia and the Americas have surpassed acceptable levels of drug resistance against therapeutics that constitute the backbone of HIV treatment. The unique ability of RNA Translation Inhibitors to evade viral resistance makes these compounds an ideal candidate for HIV salvage therapy and combination drug strategies.

The human DDX3 RNA Helicase is responsible for the translation of viral proteins within HIV infected cells. By selectively inhibiting the DDX3 Helicase, the First Health Pharmaceuticals compound manages to stop viral translation and replication within infected cells. HIV Translation Inhibition offers unique possibilities for multidrug applications, targeting a phase of the virus life cycle untouched by any of the existing AR. ART combination therapies do not stop latent HIV infected cells from producing new viruses once reactivated,thus leading to drug resistance development. HIV Translation Inhibitors may offer a solution to this previously impenetrable problem by acting on reactivated reservoirs and avoiding selection of DDX3 inhibitors resistant HIV strains, thanks to the low mutation rate of human genome

The resulting cellular stress caused by viral protein translation inhibition selectively promotes apoptosis of the HIV infected cells, but not in the uninfected ones: this is one of the mechanisms by which First Health Pharmaceuticals intends to pursue the development of a definitive cure focusing on HIV eradication.

The dedication to the development of a definitive cure for HIV is also highlighted by the company’s recent development of a new generation of TLR7 activators used in HIV latency reversal strategy.

In the aftermath of the AIDS2018 conference in Amsterdam, the company now participates in three major HIV projects in The Netherlands, focusing on both HIV Latency Reversal and HIV Reservoir Reduction, which when combined offer a so-called “Shock & Kill” strategy for HIV eradication. These collaborations include supplying compounds to the Erasmus Medical Center of Rotterdam, the Amsterdam University Medical Centre and the Utrecht University Medical Centre, and benefit from the support and feedback of the Dutch association of PLWH (HIV vereninging)

More information can be obtained and interviews can be planned during the First Health Pharmaceuticals EACS 2019 parallel sessions at Grand Hotel Les Trois Rois in Basel by calling +39 340 978 1132 or writing to: EACS2019@firsthealthpharma.com