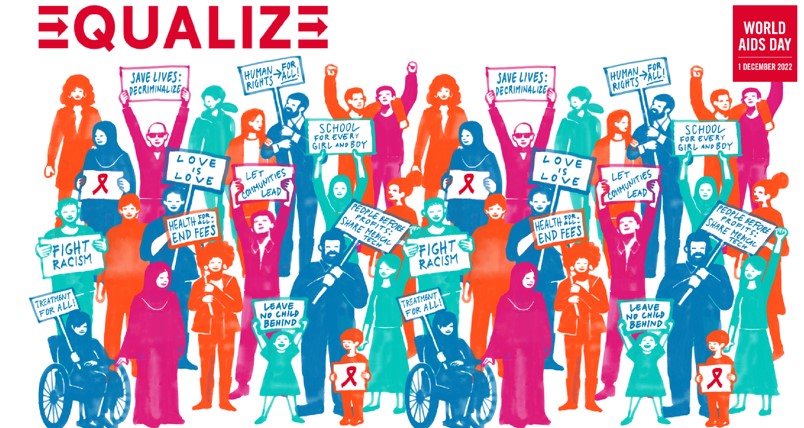 On this World AIDS Day global leaders, WHO, NGOs and citizens join forces to address the importance of tackling the HIV epidemics in order to end AIDS. After almost three years of stagnation because of Covid19, the efforts to reach the goals that have been set over the last decades to end HIV have resumed to become a priority again.

This year’s campaign is called Equalize and it is focused on reducing the inequalities that many people around the world, especially key populations like the LGTBT+ community, people who use drugs and people in prison, face regarding the access to HIV healthcare services.

The President of the United States during his meeting with President Macron on this World AIDS Day commemoration, renewed his commitment to end HIV/AIDS epidemics by 2030 by announcing a new five-year strategy that includes expanding testing and key treatment access across populations groups, reducing the stigma and closing the inequality gaps for certain groups.

Facilitating the access to HIV care for people living with HIV should go hand in hand with the main goal which is the HIV cure. First Health Pharmaceuticals continuous its efforts on finding a cure for HIV throughout its HIV pipeline which includes targeting latent HIV-infected cells, aka reservoirs, by investigating the effects of its compounds on the HIV-infected cell reservoirs in several organs together with the co-administration of existing antiretroviral therapy (ART).