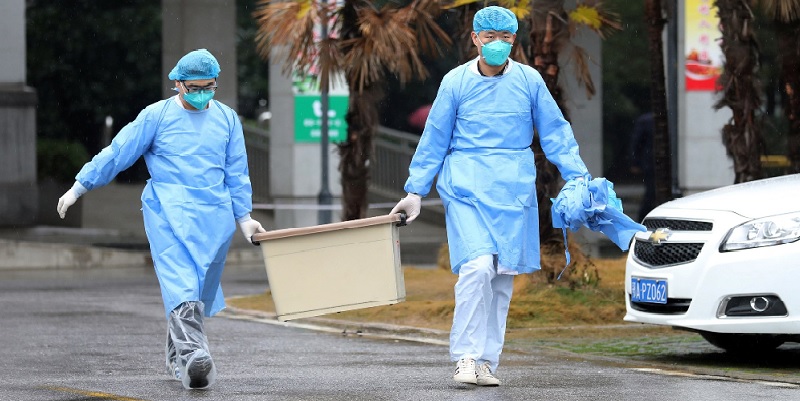 The spread of novel coronavirus in China has been confirmed by Chinese authorities. After more than 290 sickened people and presumably more than 1700 infected people, the latest updates refer to a shutdown of outbound flights and trains from Wuhan City.

The cluster of the novel coronavirus has been indicated with the acronym 2019-nCoV and identified in Wuhan City in China early this January. The patients had initially shown symptoms such as fever and dyspnea, which were immediately associated with viral pneumonia. According to the Chinese authorities, exposure to a wholesale market in Wuhan was identified as the cause for most but not all of the reported infection cases. Other cases were reported by Japan, Thailand and South Korea.

Initially it was thought that the virus could not be transmitted from human to human. Later on, this proved wrong and human-to-human transmission was confirmed. As such, the World Health Organization scheduled an emergency meeting to be held on Wednesday, January 22.

Now, in order to better understand what a spread of a novel coronavirus could mean to us, we should look back at the latest virus outbreaks over the years.

In the last 16 years, there have been five viruses capable of making a species jump, thus spread throughout the human population. Of these cross-species transmittable viruses, two belong to the coronavirus family:

The first was the SARS virus (Severe Acute Respiratory Syndrome) which dates back to 2003 and was transmitted by bats to civets and then to humans.

In 2012 it was the turn of the MERS (Middle East Respiratory Syndrome), another coronavirus that from bats was transmitted to camels and then to humans.

The novel cluster of the coronavirus 2019-nCoV appears to have passed from the bats to an animal tank and then to humans and became transmittable from human to human.

The numerous viral outbreaks with subsequent confirmed cases are hard to control and may spread beyond the boundaries of their host territory.

Considering the high costs involved in the containment and management of the outbreaks and the difficulties involved in vaccine development, the development of effective antiviral drugs might be an option and consequently be set as a priority on the global political agenda.

First Health Pharmaceuticals has developed RNA Translation Inhibitor compounds which were tested in vitro against the coronavirus and proved effective at clinically relevant micro molar concentrations. The DDX3 RNA Helicase is a known host factor for a wide array of viruses of which many are already investigated by our group. Our DDX3 RNA Helicase inhibiting class of compounds do not target viral proteins but temporarily inhibit an enzyme of our own RNA cell biology that is of vital importance for the virus during its reproduction cycle. Further testing and development are currently taking place in collaboration with other research partners which owns qualified facilities for researching Biosafety Level 2 viruses.