On the 23rd and 24th of February 2016, Jan Willem Bakker and Alessia Tarditi of First Health Pharmaceuticals (FHP), had a series of email exchanges containing ideas that were key to the first conception of selective cell death of HIV infected cells treated with DDX3 inhibitors.

Scroll this page or jump in the timeline to:

Timeline of research, starting from 2015

When FHP was founded, back in 2015, our goal was clear: ending HIV as we know it. This meant putting major effort on HIV cure, thus in discovering and investigating new generations of antivirals.

From the beginning, FHP core research strategy focused on Translation Inhibition, which consists in blocking the production of new virions by inhibiting the ATP-dependent RNA helicase DDX3 enzyme bypassing the resistance issue associated to targeting viral enzymes.
The FHP DDX3 inhibitors have higher specificity for RNA viruses and target the RNA binding site rather than the ATP binding one, with significant reduction of toxicities and undesired off targets mediated effects.

This investigational approach led to the discovery of the first generation of DDX3 helicase inhibitors (DDX3i) in 2015 and their antiviral activity has been disclosed via a publication on the PNAS journal in 2016. In the same year the first antiviral patent has been approved and made public.

In February 2016, First Health Pharmaceuticals‘ Jan Willem Bakker and Alessia Tarditi conceived the idea that DDX3 inhibition could lead to accumulation of untranslated viral RNAs as wells as aborted proteins and other mechanisms that would have led to the selective death of infected cells (selective apoptosis). Furthermore, it was also discussed the idea that DDX3 inhibition might have induced reactivation of dormant virus and cells, due to its participation in specific intracellular pathways (undisclosed). Read more about the story of FHP’s Selective cell death strategy for HIV Cure. 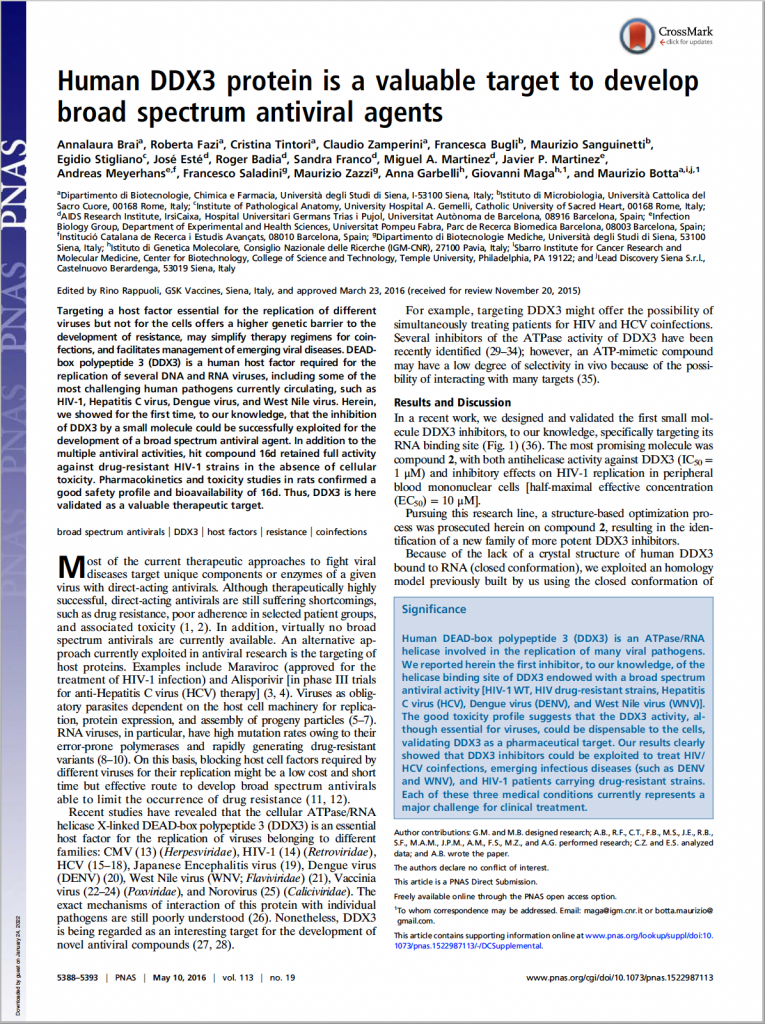 FHP started investigating a new series of DDX3 helicase inhibitors with improved in vitro and in vivo properties which were presented less than one year later in Amsterdam at the AIDS 2018 international conference.

The peculiarity of the new series of DDX3 inhibitor compounds presented at AIDS2018 was the fact that they showed some selective pro-apoptosis activity towards HIV infected cells. The hypothesis emerged in 2016 was close to be confirmed and was shared and extensively discussed with KOLs and experts in the field during and after the conference. The possibility to induce selective cell death with the DDX3 inhibitors caught the eye of the HIV scientific community and led to the participation of FHP in three major multicentre projects focused on HIV cure in 2019.

The confirmation of induction of selective apoptosis of DDX3 inhibitors in translationally relevant models, including ex vivo samples, arrived after the participation in three major multicentre projects for HIV cure:

1 | TARGET2CURE with AUMC and UMC and Health Holland partnership

In these projects, the induction of selective cell death and the effect on latent cells exerted by the FHP DDX3 inhibitors were tested in samples from people living with HIV representing the closest model to an in vivo study available for HIV.
Accordingly, FHP made progress in the development of a new series of DDX3 inhibiting compounds.

Not only were the selective apoptosis activity of DDX3 inhibitors confirmed, but they were also showing activity of latency reversal. The first results came out from a research study conducted by EMC in the Netherlands, and in August 2020, data were made available to the community via a preprint in BioRxiv, in line with the goal of all the participants to contribute to the knowledge around HIV cure and the progression toward the identification of a cure .
Noteworthy, the FHP DDX3i Helicase inhibitors showed the capability to induce latency reversal and selective cell death, and were also able to contrast viral replication and did not show any in vitro or in vivo toxicities. 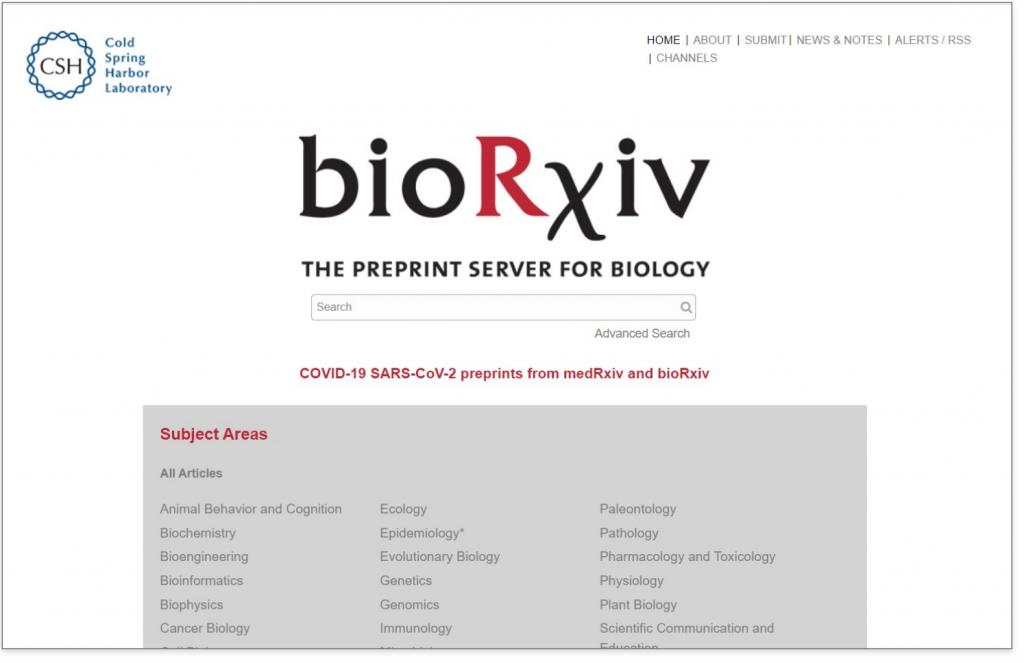 As a result of both Latency Reversal and selective cell death induction shown by the FHP DDX3 Helicase inhibiting compound FH1321 in the EMC study, a 50% HIV reservoir reduction in PLWHIV was confirmed and, in April 2021, the paper was published in Nature Communications.
At the same year, FHP was involved in another project where new results have shown that a potential combination of DDX3 inhibitors with other compounds can maximise their effect (undisclosed). 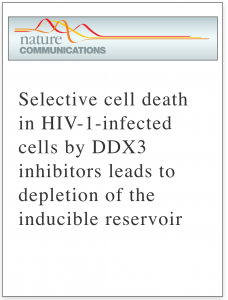 Another effect of the compounds that contributes to HIV cure is that the induction of cell death also occurs in actively HIV infected cells, not only as part of a Shock & Kill approach as shown before. This effect would contribute to control the residual viremia in people living with HIV (PLWHIV) under cART and contrast the formation of reservoirs if the DDX3i are given soon after the infection.