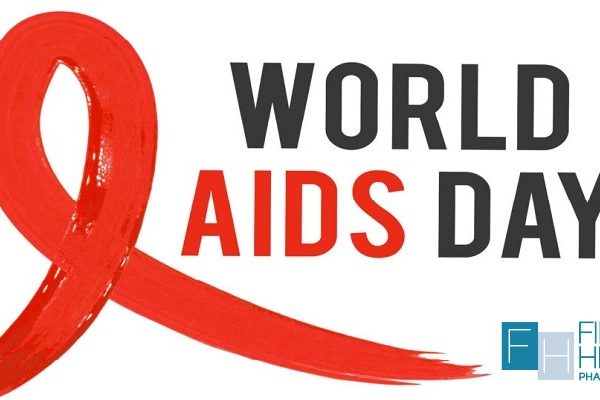 World AIDS Day occurring each December 1, helps reminding civil society and governments every year that HIV is still relevant. Its awareness-raising mission includes activities that take place around the globe to highlight the current state of epidemic and trace the path of its eradication.

This year ’s specific theme couldn’t not take into account the CoViD-19 pandemic and its impact on HIV and AIDS. We must not neglect the fact that the Covid-19 pandemic already had and still has a negative effect not only on cancer and other major diseases, but also on the HIV/AIDS epidemic, especially in less rich countries and with more fragile health systems. And this is why this year’s specific theme for the World AIDS Day is “Global Solidarity, Shared Responsibility”.

The disruption of essential HIV services due to the pandemic puts many lives at risk due to the inability of movement and drugs transport, as well as the economic damage that makes these services inaccessible to many. As of July 2020, one third of the people on HIV treatment suffered supply interruptions. According to WHO and UNAIDS, six months of disruption in having access to HIV drugs could lead to a doubling of AIDS-related deaths in 2020, especially in Sub-Saharan Africa.

World Health Organization calls for a global tackling of the HIV epidemics to help ending it and the need for widespread solidarity by supporting people living with HIV (PLWH).

There were 38 million people living with HIV (PLWH) in 2019 globally: 1.7 million people were newly diagnosed and 690,000 people died from AIDS-related illnesses.

While there is no definitive cure for HIV yet, a lot of progress has been made with regard to its treatment. So far, antiretroviral therapy has proved effective to suppress viral load on people living with HIV, but it is not enough to completely eradicate HIV infection as HIV infected cells can hide out in a dormant form in immune CD4+ T cells. That is why a new strategy called ‘Shock and Kill’ is currently being investigated.

The ‘Shock and Kill’ strategy is a two-step process: firstly, latent HIV infected cells hiding in immune cells in latent HIV reservoirs are reactivated (the ‘shock’) through the Latency Reversal Agents (LRAs); secondly, these reactivated cells can then be targeted and killed by other cells of the immune system or drugs (the kill).

First Health Pharmaceuticals B.V. has been extensively investigating the role of human DDX3 in HIV infection and developed a novel class of DDX3 RNA Helicase inhibitor compounds which could possibly contribute to HIV remission.

In a recently published study carried out together with other partners, First Health Pharmaceuticals’ DDX3 inhibitors showed promising results regarding the reduction of viral reservoirs. The study’s approach demonstrated to be encouraging so far – even though still early in the research process – especially when it comes to the reactivation of HIV transcription in latent cells and subsequent death of these cells through apoptosis. Hopefully the ongoing investigation can further confirm the current data, so we could all start considering HIV cure an actual reality.